Frazer Lee is one talented dude. He also happens to be hard-working, versatile, and very down-to-earth. Talking to him, you’d never guess that he wrote the screenplay for Panic Button, which is only one of the most talked-about suspense movies of the year.

He also wrote a book called The Lamplighters (published by Don D’Auria and Samhain Horror), a bloodcurdling affair with twists, turns, and a villain that will haunt your nightmares. If you haven’t read it yet, you should. And if you still don’t believe me, just read the interview below. Afterward, I suspect more than a few of you will want to read Frazer’s work and experience his chilling world… 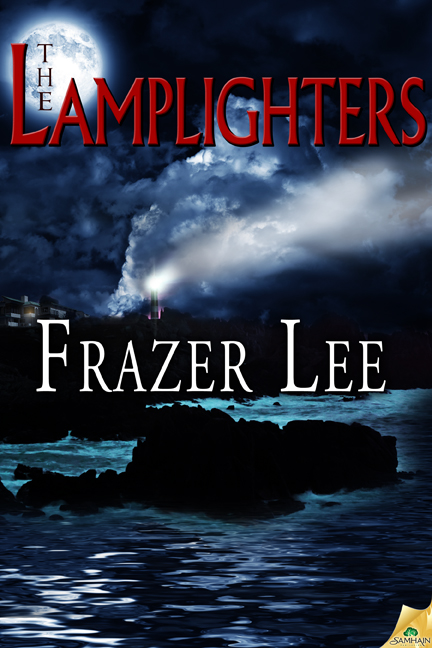 1. You’re both an author and a filmmaker. A question I kept pondering as I read The Lamplighters was how many characteristics do novel-writing and screenwriting share? When you write a scene in a novel, do you think cinematically (as in, how the action would look in film form)? Or are the processes and approaches completely different?

That’s a great question and I could go on and on about the subtle differences and strong similarities between certain aspects of screenwriting versus novel writing. But to simplify, I believe the bottom line is that when I’m writing for the screen my focus is on, “What are we seeing?” With novel writing I’m more inside the head and experience of the main character so my focus becomes, “What is (insert character name here) feeling?” That’s a huge generalization of course, but I feel it is what essentially separates the two forms. Any storytelling, be it screenwork or novels, has certain things in common especially structurally – you know, where to start and end a scene, what to show and what to tell, how to determine the dramatic focus and then exploit that drama using sensory information including dialogue. Whatever I’m writing, my braincam is always switched on anyway, so I’m happily making the movie in my head as I go along. And I always write to music, particularly film scores, so I think that injects a certain something into my writing too.

2. Within a few months, you have had two novels published (The Lamplighters and the novelization of your film Panic Button). What has been the biggest surprise about the process of having a novel published? Has it been the publicity, the reception, or some other facet that has been the most illuminating for you?

You know, I think what has me excited the most is how much I care about writing. Now I don’t want to sound like a “luvvie”, but I’ve been writing pretty much full-time for seven years now, screenplays, fiction, other write-for-hire stuff, and my passion for it has just grown and grown. Like you, I also do some teaching during the daylight hours. I lecture in Screenwriting at University-level, to Masters and Bachelor of Arts Degree students, so I enjoy that whole side of things too. It’s been a struggle at times (working freelance) and it’s easy to see how some people choose to ditch the dream for a more stable day-to-day existence. The daily grind can knock the stuffing out of you, but it’s passion for the work that keeps you going. Bottom line I have a responsibility to support my family and I’ve always wanted to do interesting work, so I consider my present position an absolute blessing because I’m managing to do both those things.

3. The Lamplighters is at turns elegant and brutal. What authors have influenced you and have contributed to the formation of your wonderful storytelling style?

Thank you for saying that in public, that’s a real compliment. My influences are far and wide, but let’s just say without devouring everything from Mary Shelley, H.P.Lovecraft, Poe and Stephen King to Clive Barker, Mikhail Bulgakov and J.G. Ballard I don’t think I’d be writing at all! And all those great screenwriters; DeWitt Bodeen, John Carpenter, Dario Argento and his many writing partners, Robert Towne, William Peter Blatty, Robert Bloch, David Cronenberg, Jimmy Sangster…oh man I could go on and on. Tell you what, let’s compare notes over a beer sometime!

Oh it’s great to hear he was in your nightmares! You know, The Skin Mechanic is one of those characters that came to me fully-formed. He was this powerful feeling, like a hum, like overhead power lines. I could smell him straightaway too, his greatcoat of stitched, cured flesh and the surgical, dentist’s odor on his fingers. And when I closed my eyes I could see him, the looks and physique of an Adonis, the intellect of a neuroscientist and the evil of aeons – all in a body the size of an obelisk. I guess I just had to write him down or he’d bloody well be giving me nightmares too.

5. The Lamplighters works so well not only because it’s entertaining, but because it raises challenging thematic questions as well. What themes or ideas fascinate you in your own writing or in the books you read and films you watch?

Thanks for saying so, I’m glad you found something in The Lamplighters. I think it’s fair to say a lot of my work contains body horror; the idea of the organism rebelling against its “owner” fascinates me, as does the concept of viruses and parasites using a host body to evolve their ideas. Add to that a fascination with the “cult of the self”, the “me me me” culture of 21st century human society and the intersect is probably a starting point for where much of my ideas spring from. In The Lamplighters and Panic Button I tried not to be preachy or moralistic about the current state of play regarding vanity, consumer culture and our reliance on technology but instead aimed to make the reader/viewer complicit to some extent in the story and events. Anything else would be pure hypocrisy from a writer who has a blog, and Twitter and Facebook accounts, “it’s all about me me me darling! Click the like button! CLICK THE LIKE BUTTON!” 🙂

6. Panic Button‘s script has been called “Hitchcockian.” How does it feel to have one’s writing referred that way? And how has the incredible reception to Panic Button changed your professional or personal life?

Whoah. I actually hadn’t registered that someone actually said that until you mentioned it before we did this interview. For a filmmaker it’s a huge, perhaps THE hugest compliment, to describe a horror/thriller as “Hitchcockian”. Let me be clear here though, if a reviewer feels that way it isn’t down to me, I share that accolade with about forty other people – the co-writers, the director, the cast, crew – everybody who worked so damned hard on getting the film done and out there for people to see. As far as how the movie’s reception has changed my life, well the phone hasn’t stopped ringing and I’m off to L.A. to shoot The Lamplighters 3-D with Natalie Portman starring as Marla Neuborn…….

To be brutally honest it hasn’t really changed my personal/professional life at all. I’ve been around the block a enough times to know that having your name on the #2 horror movie on IMDb doesn’t necessarily mean Hollywood is going to be putting you on speed-dial anytime soon. For the record I’ve worked on over a dozen commissioned feature screenplays and Panic Button is the first to actually get produced. Anyone in the industry will know that’s actually very common – for every project that makes it in front of the cameras at least a hundred more don’t. So It’s been real nice to pop that feature-length cherry and for the movie to be making such a lot of good noise, especially for a low-budget indie. But I try not to dwell on the past and, instead, focus on the next thing. 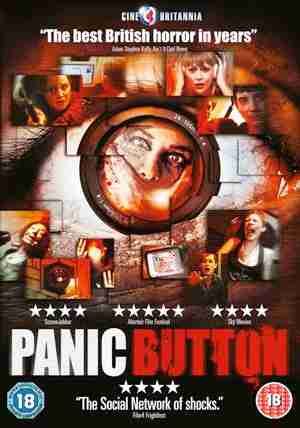 7. What should we look for from you in the coming year, both as a writer of prose and a screenwriter/filmmaker?

I have a couple of really exciting screenplay gigs that I’m unable to talk about for contractual reasons, all I can say is neither of them are horror genre projects in the traditional sense. And I’m attached to a trio of incredible feature film projects as director too. It would be a dream come true if one or all of them were green-lit. Best not to talk about them either as I’ve found the more I blab, the less likely it is these things will happen!  As far as prose goes, I am working on a new horror novel and when I’m done drafting it I hope it will make the grade to get published in the not-too-distant future.

8. Horror writers often have to explain themselves to those who think the very act of composing a horror story is indicative of an aberrant psyche. While I obviously don’t feel this way, I am interested in why you write horror and suspense. What about these genres appeals to you both creatively and emotionally?

It’s honestly just the way I’m programmed. I’ve enjoyed, really enjoyed, working in other genres as a screenwriter/script doctor but when I work on my own ideas I naturally come back to horror as I find it offers such a broad scope – cinemascope – for storytelling. You can have all the action, romance, tragedy, comedy of other genres but also the freedom to deploy allegory – or just plain gory! Creatively and emotionally it just feels right, it feels like home. Horror and suspense is like a deep dark forest for me to get lost in and play in and I love it madly. Always have, always will. To quote Peter Murphy and Bauhaus, “I do get bored, I get bored, in the flat field.”

That’s all for now, folks. A huge thank you to Frazer for taking the time to answer my terribly non-journalistic questions. You can buy The Lamplighters here. But be ready for some great storytelling. And beware of The Skin Mechanic.

Don’t say I didn’t warn you.

One thought on “An Interview with Frazer Lee, Author of The Lamplighters”