You know, despite the fact that this post is going to be brief (I’m adhering to my own non-epic creed!), I’ve been sitting on it for more than two weeks. It wasn’t that I didn’t know what to say—I did and I do. And it wasn’t completely about not having the time, though that’s always part of it for me.

So why, you might ask (or you might not—I wouldn’t, if I were you…this intro is way too wishy-washy and unengaging, and frankly, it’s only going downhill due to my parenthetical asides and my rampant em dashophilia), have I not blogged about it until tonight?

No, the reason is that I hated typing “2 Night” rather than “tonight.” 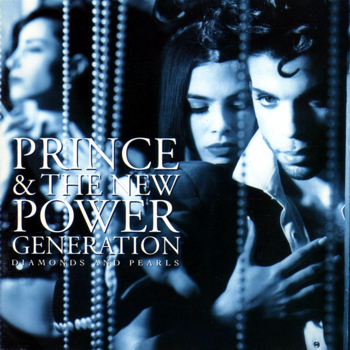 No, seriously. That’s what’s been holding me up. The thought of turning “you” into “u” and “because” or even “cause” into “cuz” makes me want to run shrieking into the night (2 Night).

But that’s how Prince (or whatever he calls himself these days…I think at the time of this particularly ditty he was demanding to be called a symbol, which he’d appropriated from some 17th century Burmese ornithology guide) wrote his lyrics, and who am I to change them? So without further ado, here’s the chorus:

And if you listen to the video linked below and peruse the above lyrics, you’ll probably say to yourself, what’s the point? That money can lead people astray? That we often place commerce over love? That more lives are destroyed because of greed than any other of the deadly sins?

To all this questions, I say…

I also say that we don’t say it enough. It’s the danger of living in a capitalist society (which I’m all for, by the way—this isn’t some anti-capitalist screed after all…Do you want money? Yeah, me 2.).

But what I’m talking about here isn’t just the big picture greed, the Bernie Madoff kind of greed, the I’ll throw away your life savings so I can own another jet and a small island and the people on it and proclaim myself the Almighty Bastard of Greed kind of greed. No, I’m talking more about the kind of greed that makes us all daydream about the stuff that we don’t have.

AND ALL THE WHILE, LIFE IS HAPPENING RIGHT IN FRONT OF ME!!!!!

In moments like these (the realization, not the fruitless and embarrassingly wistful imagining) I want to time travel back to five seconds ago, smack my slack face with a wet towel, and scream, “DON’T YOU GET IT? YOU HAVE EVERY SINGLE THING YOU NEED! YOU HAVE A FAMILY! YOU’RE HEALTHY! DO YOU HAVE ANY IDEA HOW FREAKING LUCKY YOU ARE?!?!?

Whew. I’ve never used so many caps. I think I injured something. But you get the point. For me, greed is the thing that takes me out of the now, and the now is what’s happening now, and the now is what I need to appreciate. Every second I spend pining away about something I don’t really need is a second I’m not paying attention to my family or writing a book or perfecting my battement lent (only we ballet enthusiasts get that reference—wink!).

So let’s resolve 2-gether, right now, to stop wasting time wanting what we don’t need. And to spend more time loving those who need our love.

Ladies and gentlemen, I give you Prince…