I never thought I would say this, but folks…

Don’t ask me how all of it came about because it’s really pretty insane, but the end result is that I sacrificed a good deal of sleep this summer to pen my first-ever non-horror novel. Its name? 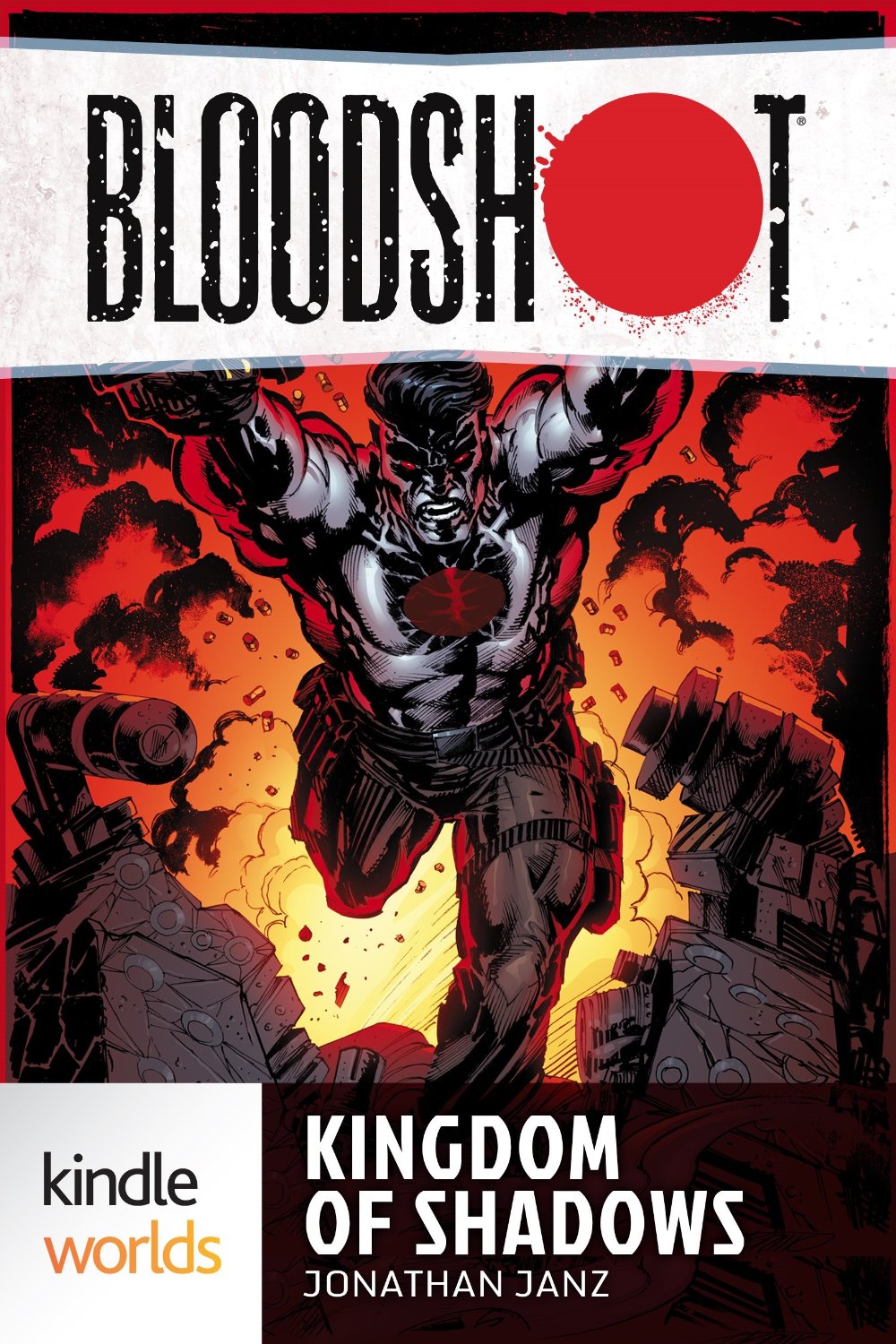 I’ve been sitting on this news since June, and I’ve gotta tell you, it’s been tough not talking about it outside of my house. I mean, my two-year-old is a great listener and all, but I kept having to stop and explain what terms like “ultra-violence” and “nanite-infused blood” meant.

A little bit about the Kindle Worlds program. It’s essentially fan fiction set in the worlds with whom Amazon has partnered (Pretty Little Liars, The Vampire Diaries, the works of Kurt Vonnegut Jr., Gossip Girls, and Valiant Comics, etc.). To get the program off to a good start, Amazon worked with agents, who in turn talked to their clients, to commission some stories to help launch Kindle Worlds. Or at least that’s how I got involved with it (Thank you,  Louise Fury!). Among the authors you all might recognize are F. Paul Wilson, John Everson, Scott Nicholson, John Locke, Brett Battles, and W.D. Gagliani. And now, of course, me.

So at this point I guess I’m addressing two groups of people: one group has heard of Bloodshot; the other group thinks I’m talking about a new hangover medicine. Since I believe both groups will love this novel—have I mentioned I’m really, really proud of it?—I’ll provide a brief summary of the tale:

(But before I do…Did you know that the first Bloodshot comic book created by Valiant Comics sold nearly a million copies?)

Bloodshot, the super-lethal hero of the Valiant Universe, is back battling underworld mobsters and supernatural heroes above and below New York City.

Everyone’s favorite cyborg is informed by old pal Malcolm that Neville Alcott, Bloodshot’s partner and boss, not to mention father of the woman he loves, is about to be killed at New York’s famed Guggenheim. The assassination is to take place before Alcott unveils a revolutionary counterterrorism program. Bloodshot gets there in time to save the old man, although with all the killing and carnage, the Guggenheim is a little worse for wear. The hit was arranged by Benito Carboni, crime kingpin and Bloodshot’s arch-enemy. But before Bloodshot can relax, he learns Carboni has kidnapped Neville’s daughter, Jillian. Worse still, her kidnapper turns out to be a vampire who knows the tunnels of New York harbor, a macabre and decadent underground that makes above-ground Manhattan look and feel like Dayton, Ohio.

Spectacularly imagined and flush with heart-pounding action, Jonathan Janz’s Bloodshot: Kingdom of Shadows is sure to excite Bloodshot’s loyal following.

It’s a short novel—easily my shortest at around 57,000 words; for a point of comparison, Savage Species is 113,000 words—but it contains every element those of you who enjoy my work have come to expect. BLOODSHOT: KINGDOM OF SHADOWS is also only $3.99, so the price isn’t nearly as fearsome as the story.

So who should read this story? Here’s a brief list:

1. Anyone who likes my work.
2. Bloodshot fans.
3. Fans of superheroes, comic books, and superhero movies.
4. People who like action, suspense, mystery, crime fiction, humor, adventure, horror, and romance.
5. Folks who like good stories.

As you can see, I want just about everyone to read this novel. I had an incredible time writing it, and I’m dying to hear what people think of it. Unless of course they hate it, in which case I’m only marginally interested in hearing what people think.

And there you have it. BLOODSHOT: KINGDOM OF SHADOWS is available now. At the moment, it’s only available via the Kindle, but it’s possible it will become available in other forms eventually.

Thanks, folks, for your time, and have a great night!

20 thoughts on “I Am Now a Superhero Author Too”