Skip to content
Posted on January 15, 2014 by Jonathan Janz

Hey, all! I’m about to go downstairs to scowl at my wife. While doing the laundry, she watched the first episode of Breaking Bad without me. It’s bad enough that I’m one of nineteen Americans who hasn’t yet watched the series…but the fact that she began a television show that she knew I’d love without me? That’s darn near unforgivable. I think the only suitable punishment—other than having to re-watch the pilot episode with her husband—is a compulsory visit to a local meth lab. I won’t make her stay long, of course, but she will be required to bring back some artifact that proves she completed the task. An empty Sudafed bottle maybe. Or a clump of fallen hair.

Anyway, something very exciting is coming in three weeks. It’s my newest novel. My first western. My first historical horror novel. And my first true foray into the world of vampires:

Beware when the vampires come to town!

When traveling actors recruited his wife for a plum role, Cody Wilson had no idea they would murder her. Twelve-year-old Willet Black was just as devastated the night the fiends slaughtered everyone he loved. Now Cody and Willet are bent on revenge, but neither of them suspects what they’re really up against.

For the actors are vampires. Their thirst for human blood is insatiable. Even if word of their atrocities were to spread, it would take an army to oppose them. But it is 1885 in the wilds of New Mexico, and there is no help for Cody and Willet. The two must battle the vampires—alone—or die trying.

Not only are the time period, the genre, and the subject matter new territory for me, there are several other differences as well. This is the first time I’ve penned a novel entirely in one character’s perspective (for a similar point-of-view vibe, check out my novella OLD ORDER—though the POV characters in the two tales couldn’t be more different). It’s also the first time I’ve set a story in the American Southwest. Rather than Gothic castles or dense Midwestern forests, this tale plumbs the terror of the lonesome plains and the drunken belligerence charging the air inside a notorious saloon. DUST DEVILS is a novel I’m extremely proud of, and one I hope all of you will read. More on it soon, but in the meantime you can pre-order it here, here, here, or anywhere else books are sold. It’s available in ebook and paperback formats, and eventually it will become an audiobook too.

Thanks for your time, folks, and have a fabulous Saturday night. Now, if you’ll excuse me, I’ve got to get my scowl ready.

*Looks in the mirror and channels Walter White* 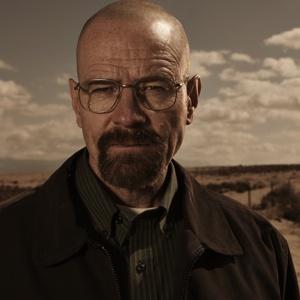 6 thoughts on “The DUST DEVILS Ride in Three Weeks! (and a Rant about My Wife and Breaking Bad)”