Yo. Comin’ atcha from da crib straight up gangsta—

What I can do is talk about two individuals I met at the recent Scares That Care convention in Williamsburg, Virginia: Bryan Smith and Tom Monteleone.

When I saw I’d be sharing a table with Bryan, I had two simultaneous reactions. My selfish one was, Yes! This means a bunch of people who know and love his stuff will be gravitating toward my table, and after they buy his stuff, maybe they’ll buy mine! My second reaction was something along the lines of the famous WAYNE’S WORLD mantra, “I’m not worthy! I’m not worthy!”

See, Bryan is a well-known guy and for good reason. Plainly put, he’s a brilliant writer. And I don’t use that adjective lightly. I get the feeling folks think of him as a pulp writer, a guy whose pen squirts as much blood as it does ink, and yeah, it’s true that the stuff I’ve read so far from him does contain a good deal of violence. But man, what I don’t hear people talk enough about is how smart his writing is, how rhythmic. Bryan combines a razor-sharp intellect with an uncanny authorial ear. He’s like Guns ‘n’ Roses’s Slash with a keyboard rather than a guitar. I’m getting ready to finish KAYLA UNDEAD tonight, and I can tell you, it’s every bit as wild and wonderful as KAYLA AND THE DEVIL, a book I devoured recently and went gaga over last month. 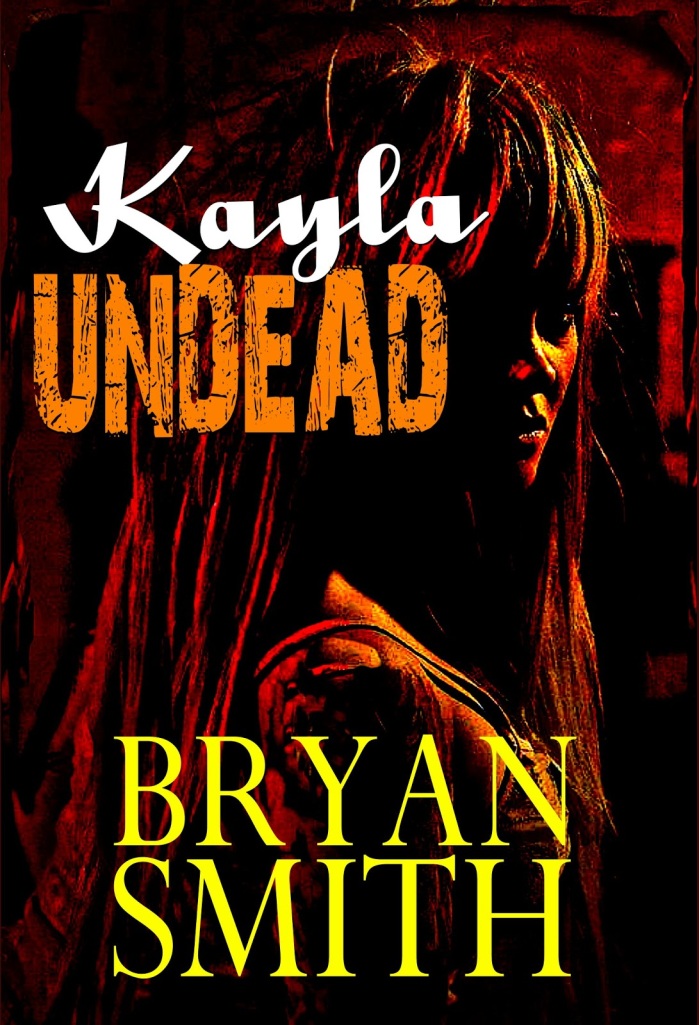 Bryan also happens to be a great guy. Thoughtful, soft-spoken, he really listens to what you say, and he treated me excellently all weekend, despite the fact that I probably annoyed the hell out of him with my constant chatter.

So buy his books. You’ll be supporting a great guy, but more importantly, you’ll be getting some of the best writing you’ve ever seen. Seriously, the guy is a virtuoso.

Which brings me to Tom Monteleone. I’d heard of Tom for years and had been aware of his importance to the field since, well…since my early-twenties. I’d read his short work and loved it, and I’d read books he’d edited and loved them too.

What I’d never done until fairly recently was read one of his novels.

See, I’ll be talking more about this in a bigger blog post soon, but I think the single biggest issue facing horror today is a disconnect between modern writers/readers and their heritage. Sure, there are writers my age and younger who know their stuff, who understand how important a guy like Tom Monteleone is and who regard him with the proper respect. But I also get the sense that many more writers and readers don’t know why Tom Monteleone matters, who don’t know how great a writer and editor he is, and who don’t understand that he’s a freaking legend that everyone needs to read and study.

Before I go too far down this path, let me just say, I’m not trying to eulogize the guy here. He’s only in his sixties, and I reckon he’s going to be kicking butt for decades to come. And if you don’t believe me, just sit at a dinner table with him the way I got to twice, or hang out with him at a convention. Then you’ll see that you’re the one—not Tom—who needs to get your butt in gear, who needs to up the ante on your zest for life, who needs to become more energized and excited about books and people. Tom is a walking, talking live wire.

My revelation about his writing came last year. My fourth novel SAVAGE SPECIES had just been released, and a very astute reader named Andrew Monge (who’s a regular at the best horror forum in the world, the Horror Drive-In) likened my novel to a book called NIGHT THINGS, which Tom had written several years ago. That comment served as a wake-up call for me, for despite the fact that I think I’m fairly well read in (and out) of the genre, I realized I’d never read a Monteleone novel.

Honestly, that fact was unforgivable.

How could I, a guy who’s ravenously hungry to become the best writer I can be, claim to know my roots when I’d never read a novel by Tom Monteleone, a man whose writing is legendary, a man whose editorial eye has helped shape the careers of too many writers to recount, a man who can, incidentally, tell a story better than just about anyone I’ve ever met (if you do meet him someday, be sure to ask him about Theodore Sturgeon—I promise your life will never be the same again).

So I read NIGHT THINGS. And realized that everything I’d heard about Tom was true. He’s a writer’s writer, a guy who understands and maximizes every square inch of a tale. The characterization. The plotting. The building of suspense. The carefully crafted backstory. The balletically choreographed pay-off. All of it was there in NIGHT THINGS. Once I’d finished, I realized what an incredible compliment Andrew Monge had paid me by uttering SAVAGE SPECIES in the same sentence with Tom’s novel, and I continue to be honored by those words.

I’ll be reading more Monteleone fiction soon. Both SUBMERGED and THE BLOOD OF THE LAMB are burning holes in my TBR pile, and I can’t wait to dive into them.

You should too. Monteleone is a guy every writer can learn from. And a writer who can thrill any reader brave enough to check out his work.