Edward Lee is a legend in horror, and if you’ve read his stuff lately, you’ll know he’s only getting better. I had the amazing opportunity to meet and talk to Mr. Lee at Scares That Care 2 in Williamsburg this summer, and it was absolutely thrilling to realize that he and I have similar taste in fiction. We’re both influenced by Lovecraft, and we’re both (especially) huge fans of M.R. James.

I’m also, of course, a huge fan of Edward Lee’s work too. 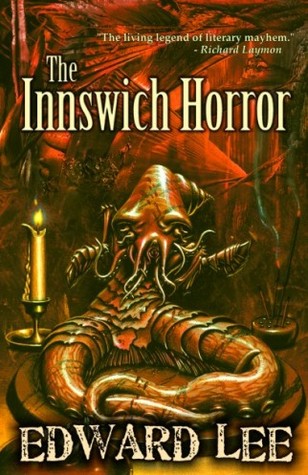 Then he bought one of my books.

I haven’t talked about HOUSE OF SKIN on the blog for a while, mainly because I’ve been too busy blazing new trails. It was, after all, the first book I ever wrote (though the second to be published), so when Mr. Lee chose to purchase it, I was awfully nervous. I love the book, but despite the fact that The Library Journal called it “reminiscent of Peter Straub’s GHOST STORY and Shirley Jackson’s THE HAUNTING OF HILL HOUSE,” I’m always a little overprotective of the tale. You know, first-time parent and all…

So when Mr. Lee emailed me and had this to say, I was beyond floored. I was basemented. Or catacombed. Or subterraneaned to the cosmic depths of Yog-Sothoth’s tenebrous lair.

“It’s the best of its kind I’ve read in years, such that I’d call it “The Quintessential Haunted House Novel.” You’ve taken the old school traditions of the form which readers want and then have injected modern style, characters, and macabre, hardedged mayhem into the guts of the story. THAT’S the way to do it, my friend!”

And yes, Mr. Lee gave me permission to share this.

Now if you’ll excuse me, I’m going to go cartwheel around my writing room. And plan the M.R. James-inspired novel I’m soon going to write.

Jonathan Janz grew up between a dark forest and a graveyard, and in a way, that explains everything. Brian Keene named his debut novel The Sorrows “the best horror novel of 2012”. The Library Journal deemed his follow-up, House of Skin, “reminiscent of Shirley Jackson’s The Haunting of Hill House and Peter Straub’s Ghost Story.” Samhain Horror will also publish his third novel, The Darkest Lullaby, in April. Savage Species will be his fourth full-length work. Look for his fifth novel, a vampire western called Dust Devils, in early 2014. He has also written three novellas (The Clearing of Travis Coble, Old Order, and Witching Hour Theatre) and several short stories. His primary interests are his wonderful wife and his three amazing children, and though he realizes that every author’s wife and children are wonderful and amazing, in this case the cliché happens to be true. You can learn more about Jonathan at www.jonathanjanz.com. You can also find him on Facebook, via @jonathanjanz on Twitter, or on his Goodreads and Amazon author pages.
Loading Comments...
Comment
×
%d bloggers like this: